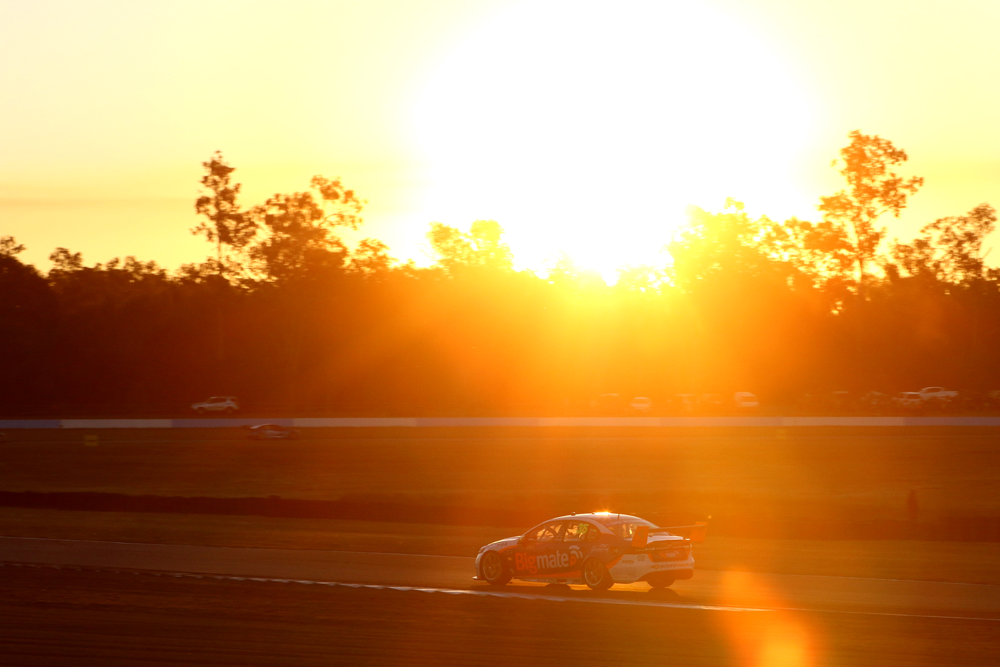 Bigmate Racing’s Todd Hazelwood endured a tough weekend at the Coates Hire Ipswich SuperSprint, which included mechanical faults and being escorted off the circuit.

The 22-year-old said they struggled to find pace with their Falcon at the Queensland Raceway circuit and will push forward for the next event in Sydney.

“Incredibly tough weekend at our home event for Matt Stone Racing … I don’t think there is a piece of energy left in anyone after everyone’s efforts,” Hazelwood said.

“We gave it everything we had and tried so much with the chassis, but we simply didn’t have the car speed to match the field.

“Our start in Sunday’s race was strong and I was able to move forward in the field and make some positions.

“Unfortunately in our second stint we didn’t have the speed on a fresh tyre to match the others and we lost a heap of track position. It’s rather frustrating as we should have been racing people around 13th to 17th if we had the pace to move forward.

“The team and I will re-group and prepare for Sydney now, it’ll be a big debrief from the weekend and I will keep pushing harder than ever to move forward.”

Hazelwood added that a positive was that they sorted some issues with the car during the event.

“Some promising signs to come from the weekend was the fact we sorted some issues with the chassis that have been holding us back in previous rounds,” Hazelwood said.

“There is still some work to be done but we will keep pushing … fortunately I have an amazing team around me that’ll help us move forward sooner rather than later.”

Heading into the 10th round of the Virgin Australia Supercars Championship, Hazelwood sits 25th on the leaderboard.

During these tough times the Bigmate racer thanked everyone for their support.

“Special thank you to all of the sponsors and team supporters who cheered us on all weekend, it was very cool to see so many Bigmate shirts around the circuit.”

The team will head to Sydney Motorsport Park for the Red Rooster Sydney SuperNight on 3-4 August, the first Supercars night race since 1997.