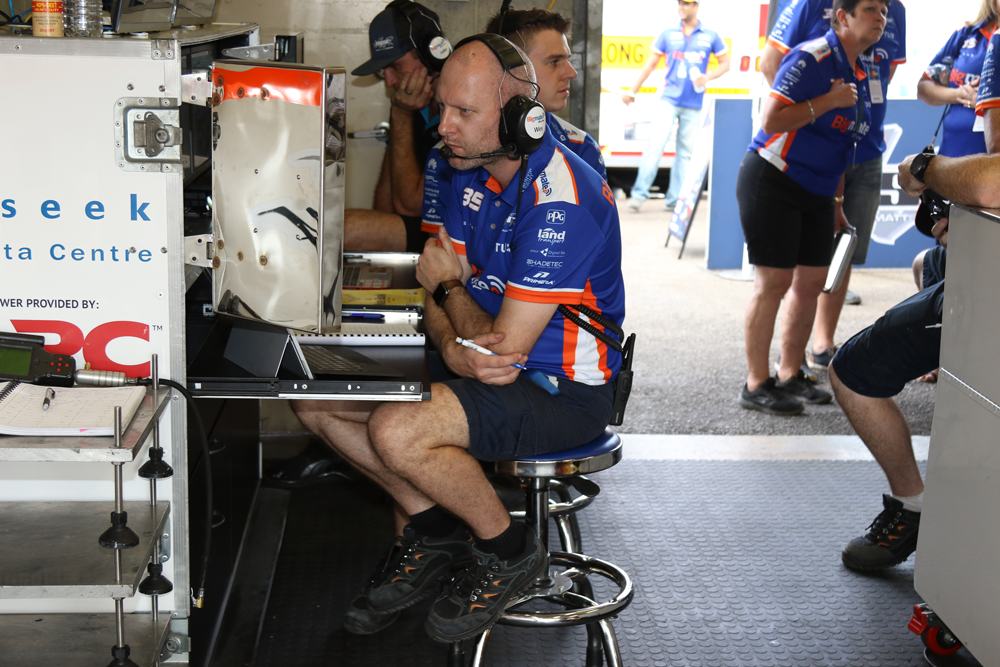 How the engineers will tackle the SuperNight

This week’s Red Rooster Sydney SuperNight race will see the Virgin Australia Supercars Championship race under lights for the first time in more than 20 years.

The event expects to throw a challenge to all of the teams and drivers, especially with a single race worth 300 championship points.

Bigmate Racing’s Head of Engineering Wes McDougall spoke about the uniqueness of the two-day race meeting under lights and how the team will tackle the round.

“The long 300km race will offer up a lot of variables for the teams … the weekend format as a whole is something unique and different, with essentially everything being crammed into a 24 hour period, starting with a practice session on Friday night,” McDougall said.

“So, straight from the outset the first practice session on Friday will be crucial, as this is the only time other than the race that the cars are on track at night.

“This means gathering information on tyre temperatures and pressures, as well as the correct blanking to use for the engine and brake temperatures will be of vital importance.”

The cooler weather is something that the engineers have been looking into, with temperatures as low as 4°C forecasted for the race.

“Add into this the rule requiring each car to pit for a minimum of three stops and all of this adds up to being something unique and different to our championship.”

In early February Supercars conducted a ‘SuperTest’, which saw all of the teams racing in the championship test at Sydney Motorsport Park.

Hazelwood and the team were inside the top 15 throughout the day, gathering vital data and information from the test.

“The information from our test day at the beginning of the year there will definitely help, seeing as though there is limited practice before the race,” McDougall said.

“The Sydney Motorsport Park track changes grip levels a lot—with both temperature and UV levels—so the trick will be understanding that and having a good car for qualifying in the day, but more importantly having a good car in the 300km and 300 points Saturday night race.”

The team will hit the Sydney circuit Friday afternoon for a single practice session, before qualifying and Race 21 of the Supercars Championship on Saturday.

The Red Rooster Sydney SuperNight action will run across 3-4 August.