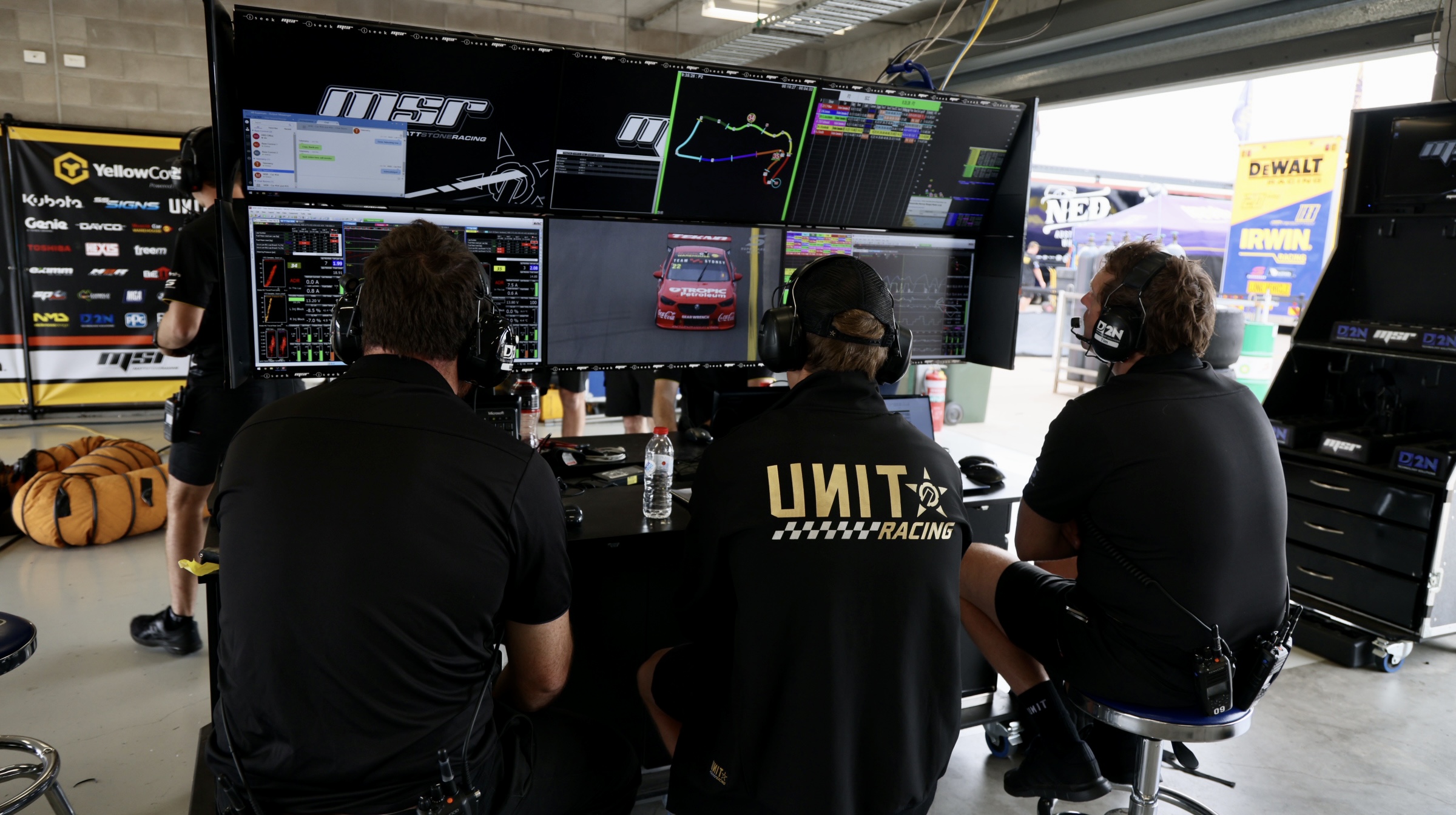 Ahead of the forthcoming 2021 Repco Supercars season, Matt Stone Racing can confirm that an extensive team restructure and an expansion of the teams engineering department has taken place.

“We look forward to 2021 with the new structure and rollover of two of our 2020 drivers, we hope to build continuity moving forward with results being our top priority.” Matt Stone, team owner.

Tim started in supercars under the guidance of Les Small in 2007 at Paul Morris Motorsport. Following this, he completed stints as race engineer, team manager and engineering manager before a hiatus from the sport in 2015. Tim however stayed connect through MARC cars which delivered 3 class wins at the Bathurst 12hr before prompting a return to Supercars via LDM, Image Racing and Tekno in 2019.

In 2020, Tim engineered MSR’s SuperLite entry which saw Zane and Jake share a car for the season. The year had many challenges brought about by the rotating driver line up and also the nature of the pandemic, but Tim is looking forward to the year that see’s Zane and Jake take up full time positions.

“Over the summer break we undertook an exhaustive audit of operations here at MSR. Looking forward to 2021 and again to Gen3 coming online, we have the structures we need to get our two cars deep into the mid-pack.” says Senior Engineer, Tim Newton.

Straight out of uni, Jack started his career at McElrea Racing as a junior engineer. In 2016, he relocated to the UK where he worked with some incredibly well-known organisations like McLaren GT and Goodyear Dunlop Tyres in the World Endurance Series, European Le Mans Series, Le Mans 24h and Moto2.

Upon returning to Australia in 2018, Jack worked as a data engineer for Jack Le Brocq with Campbell Little and Adrian Burgess as race engineer and team manager respectively. With such respected leaders, Jack took this opportunity to learn as much as he could from two of the best in the business as he aimed to secure himself a race engineering position in the Supercars field.

Jack Bellotti said, “I’m very pleased that the team has trusted me to step up and engineer on car #35 in the Repco Supercars Championship. I look forward to working with Zane, the ZB and all the brilliant MSR crew this year.”

While Matt stated, “I’ve always been a fan of promoting from within and having the opportunity for Tim & Jack step up to new positions in this restructure is a great advantage as they both understand the culture here at MSR and are great engineers for us to build our program around.”

After the departure of Wes McDougall, this opened up the opportunity for MSR to expand, reshuffle and recruit some fresh talent to join their new and improved engineering line up.

With this impressive engineering shake up, Matt Stone Racing welcome long-time engineer and extremely experienced Nathan Leech to the team. Nathan will take on the position of Performance Engineer, providing support and assistance to the team’s race engineers, Tim and Jack when needed. Leech brings with him, 20 years of engineering experience in the motorsport industry of which he has gained an extensive wealth of knowledge and success.

“Having Nathan on board Is great boost for MSR. I have worked with Nathan before in my days at SBR and other small projects since. I truly rate Nathan’s talent as an engineer and his calm demeaner in the high pressure of pit lane”

As this restructure took place, the team also welcomed a new data engineer who will look after both of the team’s entries throughout the upcoming season.

“A return to form for MSR In Super 2 is high on the agenda for 2021.  We welcome the challenge of returning to the front of the field in Super 2 and pushing for a personal best in the main game.”