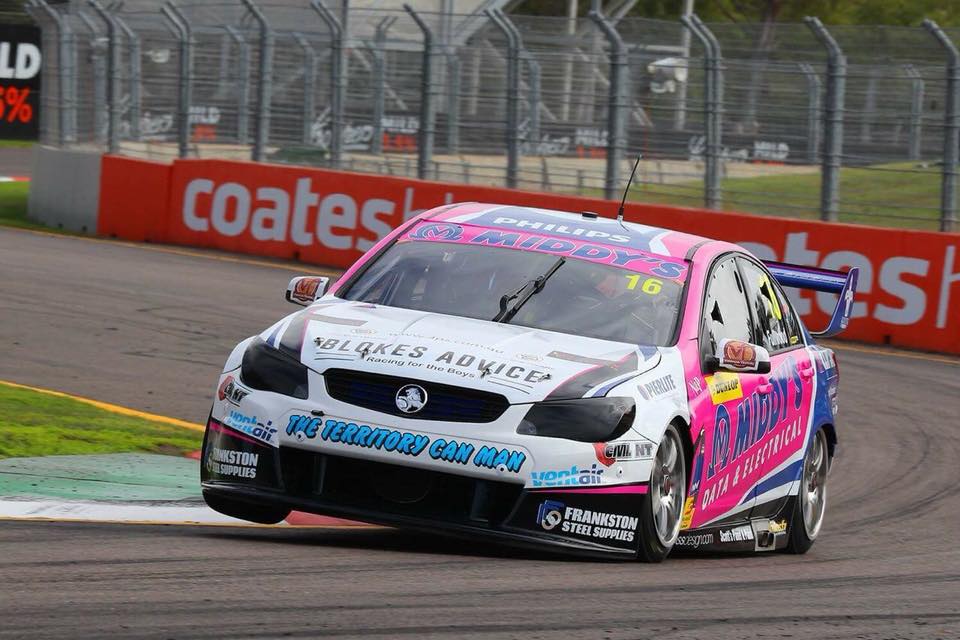 Despite the many challenges faced changing cars mid-season, Bryce Fullwood has finished inside the top 10 during the final Dunlop Super2 Series race at Townsville.

The 20-year-old entered the fourth round of the series in Todd Hazelwood’s series-winning 2017 Holden VF Commodore, switching from the Falcon FG-X Falcon he raced the first three rounds in.

Reflecting on the car’s season debut, Fullwood said it was a ‘tough round’ for the team, having only run a few test laps in the car prior to its race event.

“We had a test day planned before this round, which inconveniently it rained for us and I had 20 laps in the car on wets, so that made life very hard,” Fullwood said.

“Coming to Townsville—which is a track I love—having no experience in the car at all really made things tough and with the tyre pool we have in Super2 it meant that we did a few laps in the first practice session for me to get my head around the car, but it also meant we had no tyres to then test on until we put greens on in the second session.

“It was a bit of a shaky start, we’ve had a few issues with the car with braking balance and I think we’re trying to figure out what’s going on  for us at the moment, but that held us back quite a bit.

“I definitely think my experience in the car definitely held us back a little bit at the start of the weekend, but we struggled to tune a few traits out of it, so it was a bit of a tough weekend.

“We managed to come home tenth in the last race, we probably didn’t have a lot of speed, but fortunately we were in the right place at the right time and made some good choices and decisions in the race and we got it up there a little bit.

“I was relatively happy with myself in how I approached the weekend in adapting to the car, a lot of these guys [in Super2] have six months on me in these cars, so I felt as though I got accustomed to the car pretty fast and that was really good.”

The North Territorian racer will now use a break to prepare for the fifth round of the series at Sandown, which coincides with his Virgin Australia Supercars Championship debut as part of the PIRTEK Enduro Cup.

“Fortunately now we have a two month break until the next event and we’ve got a lot of time to do some homework and get things sorted so we come out at Sandown absolutely swinging,” Fullwood added.

“Obviously finishing 10th was a little bit better than where we were at Perth, the last round, so we’re slowly chipping away, we are working extremely hard and it’s absolutely killing us at the moment, but we’ll get to the bottom of it.

“Sandown is going to be a very demanding weekend for me, I’ve never done a session so long in Supercars, I’ve done the Bathurst 12 Hour and stuff like that and have traditionally coped well.

“I’ll be straight in the gym and getting very well prepared … I’m really looking forward to it and cannot wait to sink my teeth in.”

Fullwood will head to Victoria and race at the RABBLE.club Sandown 500 on 14-16 September.