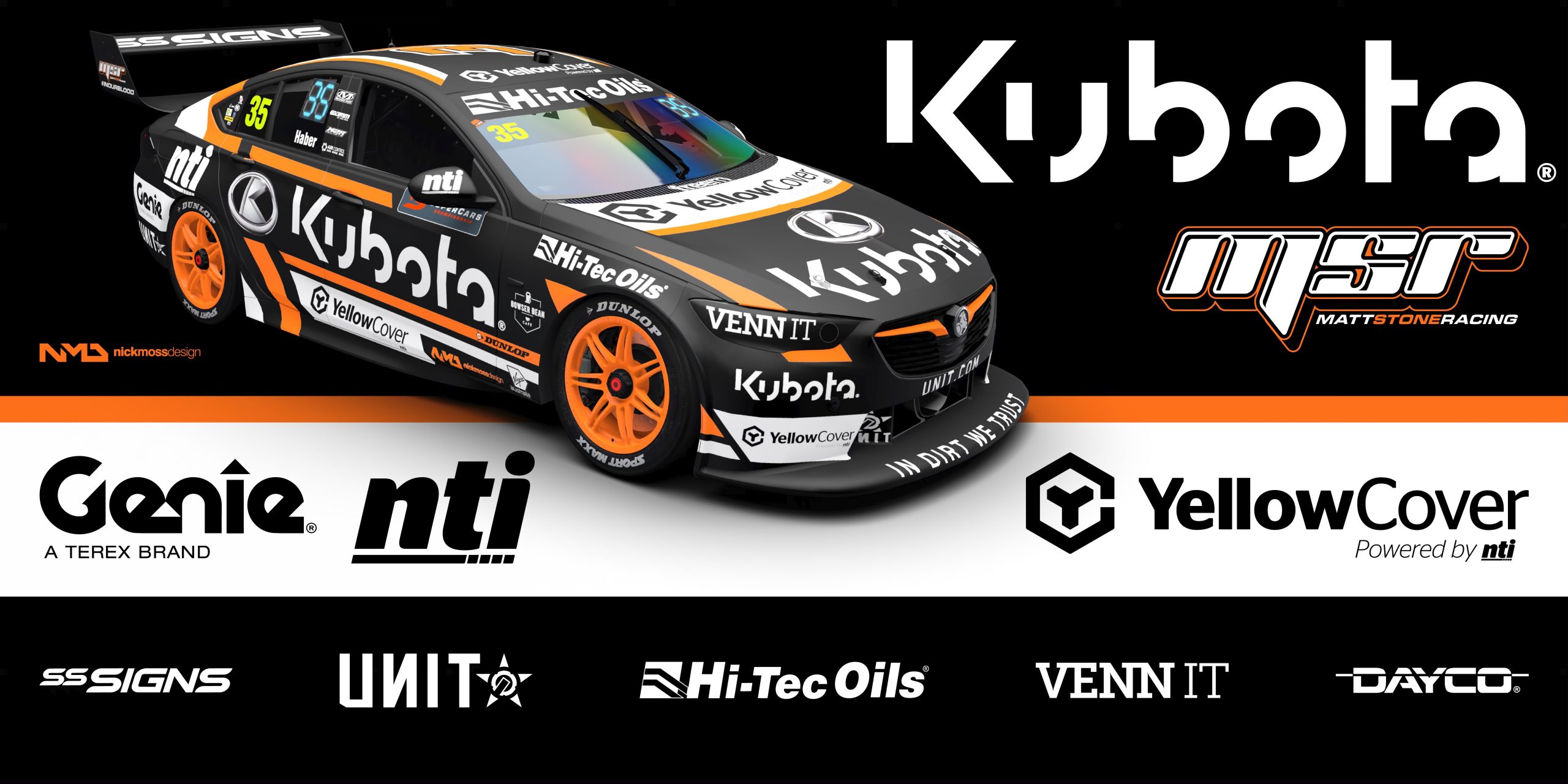 “The competition will be tough, but I am looking forward to the opportunity to work with and represent the team.” said Harley Haber

“Kubota Australia, manufacturers of construction, farming and lifestyle equipment, is pleased to support MSR and the series both to communicate their brand message to motorsport fans across all mediums, but also to assist the development of up and coming talent.” Malcolm Owens, Kubota General Manager

As a factory backed MSR eSports driver, Harley participated in the Supercars AllStar ESeries as a wildcard entry in the 10th and final round held at Oran Park and Bathurst. It was the latter of the two circuits where he was successfully able to secure a win for the team after qualifying on the front row for that race.

“I am very motivated and excited moving forward and continuing my partnership with MSR after our recent success together in the final round of the Supercars AllStar eSeries.” says Harley

While Matt Stone said,“It is great to put together an opportunity to have Harley represent the team once again. He was our test driver and driver coach for the Supercars All Star ESeries, then contested as a wildcard in the final round, clearly showing us what he is capable off. We are thrilled to have him onboard and part of the team.”

With many impressive achievements in the sim world, Harley also has real life racing experience. Having raced in the Australian Karting Championship series for 4 years, Harley then graduated to Aussie Racing cars before moving onto the Australian Formula 4 category. In 2018, Harley progressed to Supercars, racing in the Super 3 category where he finished the championship 8th out of 33 competitors.

“In future, I aim to work with MSR to bridge the gap between sim racing and real racing. I feel it’s an important bridge to have when learning new tracks, race craft or even working with an engineer looking over data and understanding car setup.”

Harley’s talent, passion and professionalism proved he is a force to be reckoned with on the iRacing platform and deserved a place in the Supercars Pro ESeries field.

You can catch all the action when the series kicks off Wednesday, 28th October. It will run for 6 consecutive weeks against some of the biggest names in world sim racing with $26 000 in prize money up for grabs.