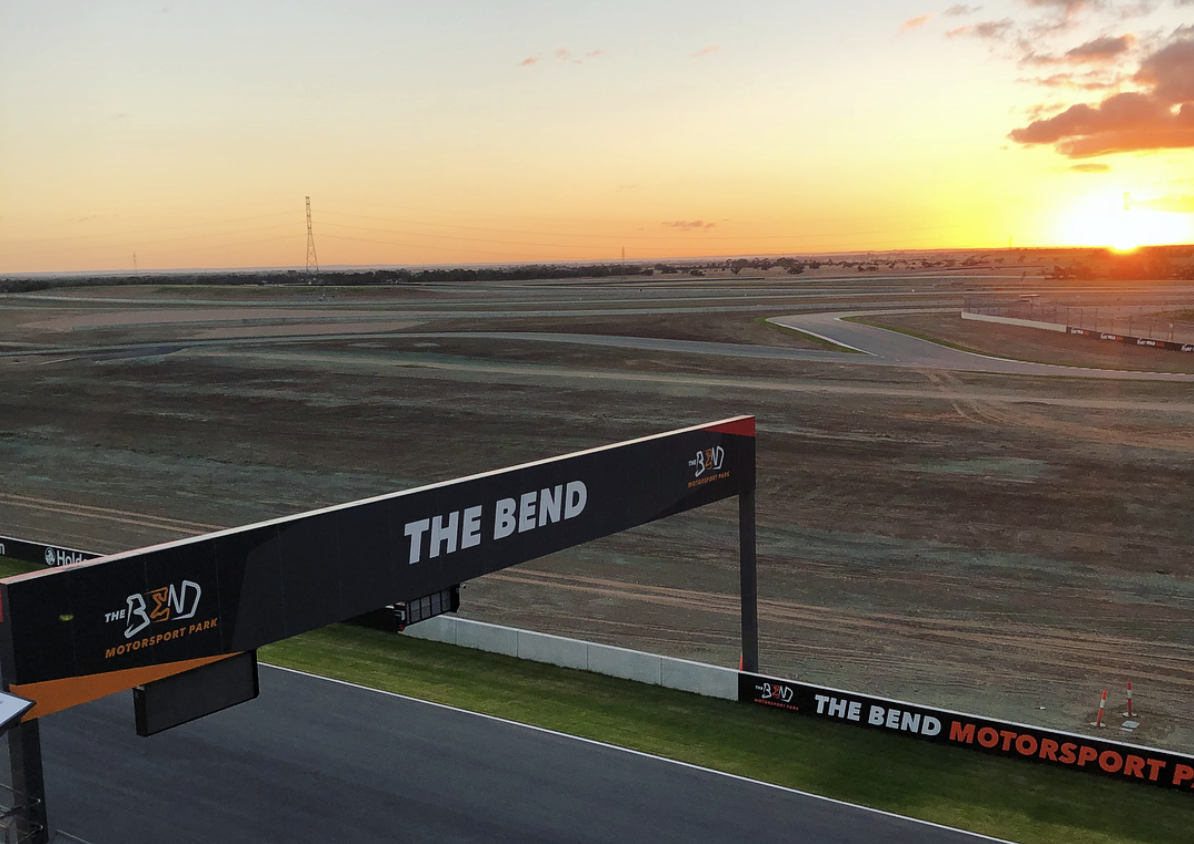 Ready to go round The Bend

Bigmate Racing will this week make their race debut at the all-new The Bend Motorsport Park, as part of the Virgin Australia Supercars Championship round at the OTR SuperSprint.

The event will be the first for the Championship and also the second South Australian event for the season, following the opening round at the Adelaide 500.

Local racer Todd Hazelwood is pumped to return to his home state and says he cannot wait to steer around the new circuit.

“Very excited to be racing at The Bend for the first time in a Supercar, it’s a very special moment for South Australian motor sport enthusiasts being the latest state-of-the-art circuit … it sure will provide some epic racing,” Hazelwood said.

“Being a proud South Aussie myself, it’s very cool to have a facility like this in my old backyard and the organisers and promoters of the event have done a fantastic job based on the timeframe they have had to organise it all, I feel very privileged to be part of it.

“From my first experience at The Bend, it’s no small and easy circuit to learn initially.”

What an amazing day and experience, 1st time at @thebend_msp and completely mind blown! 💯

Big thanks to Peter and Andy for letting me drive their Cars and appreciate the support with who purchased a snag and Merch too, cheers 👍🏼 #THR #TheBend pic.twitter.com/71R4iUaPaR

Hazelwood clocked some laps around the circuit during an event hosted by the South Australian Sporting Car Club earlier this year and discussed the challenges that lie ahead.

“Racing a Supercar around this 4.9-kilometre circuit is going to be a super challenge for all of us drivers to take on … generally it can take a handful of laps to get comfortable, but at The Bend I see it being similar to attacking Bathurst for the first time,” Hazelwood added.

“There are many high-speed, undulating and technical corners that are really going to make this event a real ‘drivers’ track to master.

“The corners are fast and flowing in some sections and with knowledge from circuits such as Phillip Island and Sydney Motorsport Park, managing the tyre over long-race stints is going to be key.

“One section has four fast undulating right-hand turns, which will be one of the core sections you’ll have to get the car to manage the tyre well.

“The surface is also very fresh and doesn’t have much rubber on it, so track evolution will be interesting—just some of the many challenges our team is prepared to take on.”

Awesome day for the @MSR_Supercars at @thebend_msp today. Can’t wait to have a crack in the @BIGmateGPS #VASC next week 🤙🏼 #THR pic.twitter.com/OokWTCXfaN

Preparing for an event that no-one has raced a Supercar at is new for the 22-year-old.

“The Bend is new for everyone and it is a real game-changer for this year’s Championship,” Hazelwood said.

“I have been watching as much on-board footage as I can from this circuit, however there hasn’t been a Supercar raced around this track yet, so studying relevant information is tricky.

“I was lucky to have the opportunity earlier this year to drive the track in a track-day race car and get a handful of laps under my belt, which was a huge eye-opener as the track was definitely more of a challenge than I had first expected.

“I’ll be using this knowledge to the best of my ability to help us roll out of the track on the money.

The team will be at the OTR SuperSprint as part of the 11th round of the season, held on 24-26 August.